2020 has been a weird year, but it’s also given us time to slow down, find new hobbies, and finish everything on our to-watch list. Most of us have been in the same routine for the last 10 months, and sometimes we need something new to make us feel alive.

If you’ve never watched anime before, you are missing out on an entire genre of beauty, creativity, and passion. There’s no better time to start watching! I know what you’re thinking—where do I even start? No worries, we’ll take it slow. Let’s start out with the basics about anime:

Anime comes from the word animation, and broadly falls into two types of audio: sub and dub anime. They’re just abbreviations—sub means subtitled: you’ll hear the Japanese voice actors, but you’ll read English (or another language) subtitles on the screen. Dub just means that the voices are dubbed over by English (or another language) voice actors. They’re both fantastic ways to watch anime, it just depends on your preference!

There are different genres in anime, just like you’d find in TV or film. You’ll absolutely find romance, fantasy, action, and more throughout your anime watching, but there are other genres that are specific to anime that you may not realize were there. Here’s a quick rundown of some popular ones:

Slice of Life: If you’re looking for an easy-going, episodic type of anime, slice of life is a great place to start! The best way to describe this is an anime in a “realistic” setting focusing on the daily life of the main characters. These are easy to watch, and typically have some sweet and humorous sentiments.

Shounen: This anime genre is typically aimed at young teen males (between the ages of 12-18). These anime typically feature a young male hero, and have a lot of action, adventure, and fighting.

Shoujo: This anime genre is the opposite of shonen. The target demographic for these anime tend to be teen girls. You’ll find that a lot of these anime have a romantic focus to them, but not all!

Harem: If you’re looking for a love story, check out this genre! This genre has a male protagonist and he is surrounded by and loved by many female love interests. It makes for a hilarious, and adorable love triangle. If you’re looking for something similar with a female lead, reverse-harem would be another option!

Mecha: Think of a story surrounding robots and other mechanical inventions, and you’ve got yourself a mecha anime. Some of you may remember older series on Cartoon Network such as Neon Genesis Evangelion or Gundam Wing. They are good examples of the genre, although a little dated now.

Getting Into Superhero Anime

It can be intimidating to jump into this animated realm for the first time! How do you know what you’ll like? Where do you watch? Why is everybody gasping so much? Does everyone really have to monologue so much? I’ll be your trusty guide that will help you answer these questions and find the perfect anime to watch based on what you’re already interested in. Hang out with me once a month as I help you navigate this incredible world.

So you’re into Marvel, DC, and all things superheroes, aye? I’ve put together this list of anime for you to check out that include heroes, villains, a lot of action, and hero-adjacent characters!

This somewhat satirical anime follows a seemingly unimpressive superhero, Saitama, who can defeat any foe or villain with one punch. He grows bored of the fights ending so quickly so he seeks out a worthy foe that can withstand his punch. This anime checks a lot of boxes: funny, action-packed, and has a cool cyborg sidekick! This satirical-like anime is an easy watch with two seasons and 24 episodes.

If you’re looking for an action-packed story about a school of superheroes in training, look no further. This story follows Izuku Midoriya—a powerless (or quirkless) boy—who dreams of nothing more than to be a hero. He soon inherits powers from the world’s greatest hero, All Might, and begins his training at U.A. High, the most prestigious school for heroes. This story follows young Midoriya and his superhero friends through their trials, tribulations, and villains that they come into contact with during their time training. There are currently four seasons of MHA available, a fifth season coming in Spring 2021, and two films. 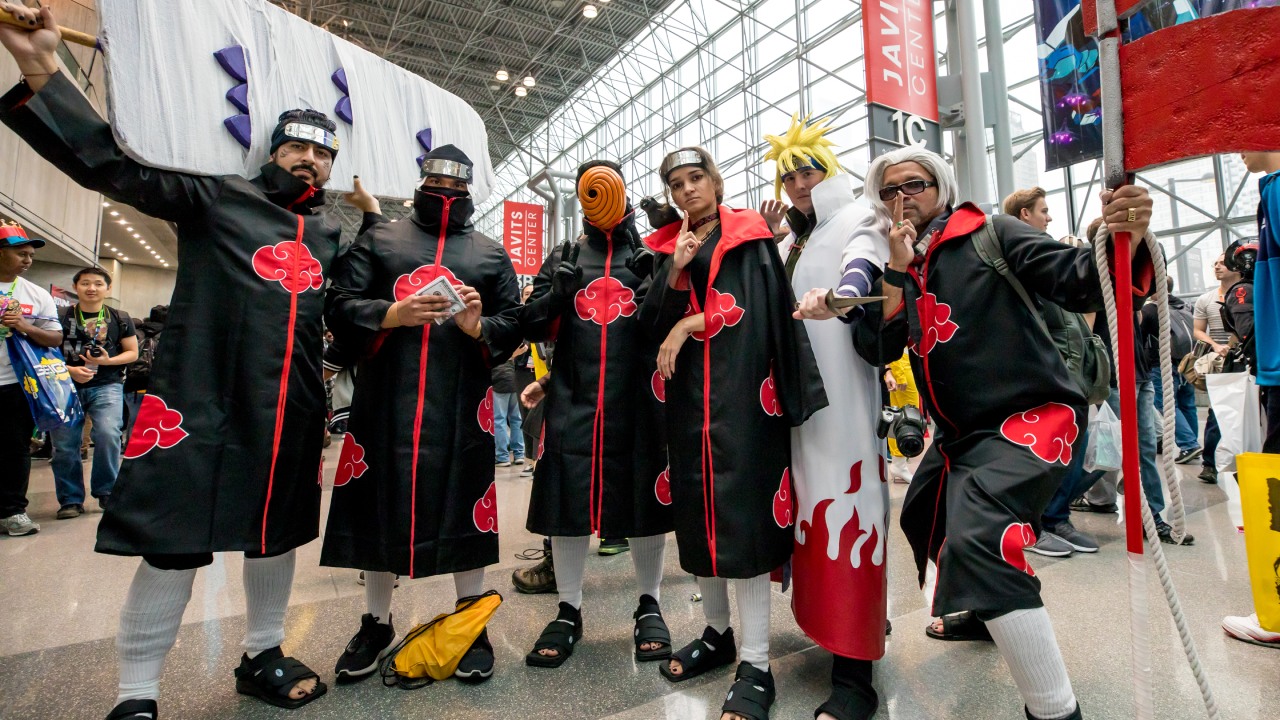 Geeky Gift Guide: 10 Best Gifts to Get the Anime Lover in Your Life

In the name of the moon… I ask that you watch this right now. This is a magical-adventure following a teenage girl, Usagi Tsukino, who learns of her destiny to fight for love and justice as Sailor Moon along with the other Sailor Scouts. You’ll find it all in this anime—love, heroes, villains, friendship, and of course, CATS.

Watching Sailor Moon might seem overwhelming with how many episodes there are, so to break it down a little, here’s how to watch in order:

If you want to watch Sailor Moon and start with the original order, try this:

On the surface, this show looks like a very sweet, innocent magical girl anime, but quickly turns into something much darker. Madoka Kaname, the heroine of this story, meets a small, adorable cat creature. Madoka gets locked into a contract: she can make any wish in exchange for magical powers, but has to use them to fight witches. This is a quick watch with only 12 episodes, but trust me when I say not to let the cute appearance of this anime fool you.

This anime is going to be a little different than your typical “superhero” movie, but it has a killer group of anti-heroes that you’ll find yourself rooting for every step of the way. This story follows Tatsumi, a young boy who starts out on a journey to join the army to save his village from poverty, only to learn of extreme corruption in the Capital. He soon runs into a group of assassin’s who call themselves Night Raid and joins them on their endeavors.