As fans, we love to step into fictional worlds, and explore what our potential futures may hold. Amazon Prime Original The Expanse provides a realistic look at what a civilization might look like in hundreds of years from now.

Our favorite books, games, and movies have imagined and reimagined our future in countless different ways. From the chromed out cyberpunk future of Night City to the darkest timeline to 1984, it’s clear that our future can take one of many radically different courses.

These are some of our favorite fictional worlds of the future, and whether or not we’d want to live in them.

The Expanse is probably one of the more achievable looks at the future. We’ve got space travel bound by our current understanding of physics, rail guns, and artificial intelligence that isn’t constantly trying to kill us. Well… two out of three ain’t bad. Watch it on Amazon Prime Video.

Assuming individuals in Night City can personalize themselves the way that NPCs in the game can, living in Cyberpunk 2077’sfuture wouldn’t be that bad. Despite the game’s focus on capitalism splitting the ultra-rich into their own little worlds, an average denizen could make a living as a merc. Buy it here.

Although we’ve already passed Blade Runner’s 2019 setting, the future it imagined in the early 80s is interesting in a remarkably different way. Working with Decker would definitely not be my style, but I could see myself as a noodle vendor. Replicants don’t eat noodles, right? Watch it here.

Admittedly, I’m not that far into this masterpiece of a game. I’d definitely hang out with Aloy–she’s smart, figures things out quickly, and is always up for a little risky adventure. The rest of the world seems pretty rough around the edges, what with the robotic dinosaurs and everything. Buy Horizon Zero Dawn.

The Hunger Games: Literally a Fight to the Death

When first introduced to Suzanne Collins’ The Hunger Games in 2008 at the height of dystopian future craze, the world seemed vibrant and full, although it was definitely terrifying to live under the long arms and strong boots of the Capitol. Even if I wasn’t selected to participate in the games, I would struggle in this world. A lot. No, thank you. Buy The Hunger Games.

The Last of Us: Too Real

If you’ve read our Content Manager, Chris D’Lando’s take on The Last of Us: Part II, you’ll know why this game hits way too close to home for us. It’s a challenging game, but we’ll take a hard pass. Read why here.

In Community’s Darkest Timeline, Jeff has lost his arm, Pierce is dead (allegedly), Annie is institutionalized, Troy injured his larynx by swallowing a burning troll, Shirley is an alcoholic, Britta has a washed out streak of blue in her hair, and Abed makes the Evil Gang goatees, for the gang to represent their evilness. Honestly, I love Community, so I’m all in on this one. Watch on Netflix. 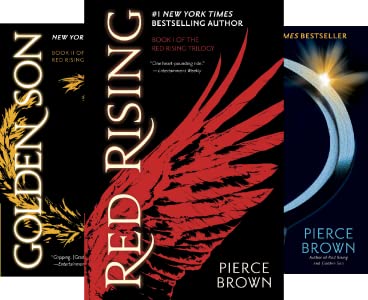 Imagine you’re a Red, trapped under the earth doing menial, repetitive, and dangerous labor for absolutely no reward. That would suck. Imagine you’re a Gold, floating high above the world with wealth and power. I’d probably be somewhere in the middle, I don’t want to be the main character in this story though; the casualties are way too high. Buy the series here.

The Matrix: Yes, But Also No?

Would you choose to live a happy, fulfilling life if you knew that it was a complete lie? Hard to say, but that’s The Matrix for you. I would rather eek out an existence in Zion then allow myself to power the mechanical dreams and aspirations of the world-spanning AI that rule the earth in 1999’s The Matrix. Watch it here.

While Mad Mad: Fury Road was one of the best movies of the past decade, the world that it takes place in is decidedly not friendly, and I would hate to live there. Listen, I love driving, but I’d prefer to go electric. Plus, it’s really hard to get basic necessities, and everyone keeps wasting water like it grows on trees! Buy it here.

The Jetsons are an iconic family in an unforgettable world that was one of the earlier animated takes on what our wild future would look like. It’s totally unrealistic, utterly fantastic, and everyone’s got a ton of time on their hands for all sorts of futuristic hijinks. Plus, I would get to fly an aerocar to see why everyone lives so far above the surface. Watch The Jetsons here.

Everything about Fallout 3’s world would stress me out. Where can I get food that isn’t irradiated? Why is everything trying to attack me? How am I supposed to manage my life from a passive aggressive wrist computer? This world isn’t for me, not at all. Buy Fallout 3 here.

Ready Player One: The Oasis is Calling

Living in the earth of the future in Ready Player One would be rough. Poverty seems pretty common and a lot of folks are struggling just to get by. The Oasis, on the other hand, where everyone spends most of their time, is full of boundless opportunity. After the events of the book/movie, there’s a lot more to love about this world! Buy the books here.

The future in Westworld is complex and nuanced, and it’s hard to tell what’s real. If I’m heading into the park itself, or even just minding my own business in my day to day job in a high-flying corporate office, that take on reality is challenging. Plus, there are way too many robots. Ever since The Terminator I can’t bring myself to trust those guys. Watch Westworld on HBO.

Although we’ve lost Altered Carbon to the depths of Netflix’s cancellations, the world that it predicts is fascinating and terrifying in equal amounts. I’d have a stack-a device that allows my consciousness to move to another body—and although recreating new sleeves would be outside of my price range, the possibility of traveling to other worlds and living for hundreds of years is enticing. Super risky, though, especially if something goes wrong. Watch it on Netflix (or get the books here).