If you haven't seen every episode of WandaVision yet, bookmark this article, go watch it, and come back. I'll wait…

Ok, you binged it in all its glory? Great. Wasn't it fantastic?!

As you probably realized, the Disney+ original takes place after the events of Avengers: Endgame in the Marvel Cinematic Universe canon. The show opens and closes Wanda’s story of grief after losing Vision and officially sets her up as the Scarlet Witch, heavily inspired by the comics.

Each episode of WandaVision lovingly recreates an episode from a popular sitcom in different decades – from I Love Lucy to Modern Family. Through the genius of Darcy Lewis, played by Kat Dennings, the folks at S.W.O.R.D. are able to “see” into each episode, and decipher it to figure out what is really happening in Wanda’s world, the Hex.

WandaVision stands out as a show with so much potential. It’s been the first taste of an MCU film or show that we’ve had in a long while, and it’s positioning after Endgame should help us transition between that movie and the next. After each episode, fans dissected the show for easter eggs and clues that might point towards the show’s big bad, or the man behind the curtain.

At this point, we can safely say that almost all of those fan theories didn’t pan out. Despite the numerous clues pointing towards other villains from the Marvel comics, mentions of Avengers by name, and cameos with mystery characters. All of that turned out to be a misdirect, smoke and mirrors… an illusion.

Here are the best fan theories that we didn’t see in WandaVision.

Mephisto as the Big Bad

The clues for Mephisto as the villain in WandaVision started very early. There were so many clues, in fact, I recommend you just watch the video above to see them all. Suffice to say, almost every episode had references to Mephisto. My personal theory was that S.W.O.R.D. Director Hayward was Mephisto in disguise, because in episode eight, he clearly was leading Wanda to steal Vision’s body.

Agatha Harkness’ last words: “You don’t know what you’ve done,” could hint towards a threat that she knows of, but Wanda does not—which could be Mephisto—but chances are we won’t find out for a while. 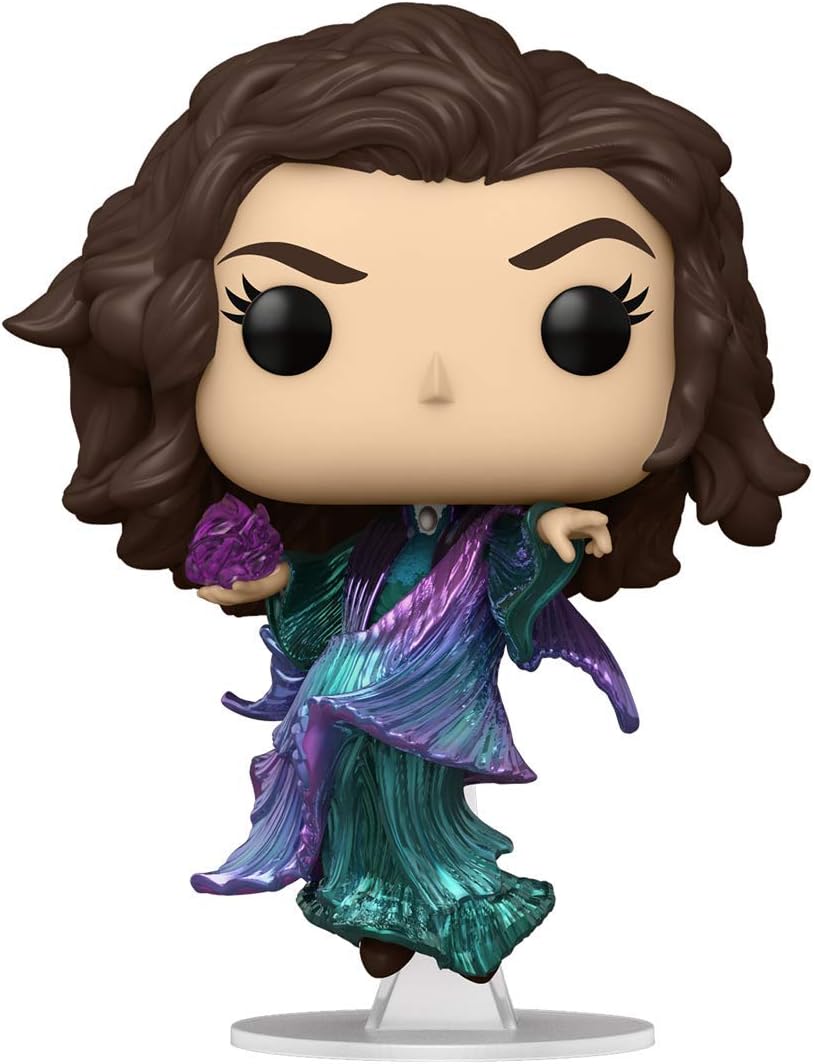 Although Nightmare will likely be the villain in Doctor Strange in the Multiverse of Madness, there was still the potential that he would be teased or referenced in WandaVision. Obviously, that didn’t work out.

We know that Elizabeth Olsen will reprise her role as Wanda Maximoff in Doctor Strange in the Multiverse of Madness. Since it's MCU fan common knowledge, a Benedict Cumberbatch cameo wasn’t out of the question. He’s even mentioned by title, the Sorcerer Supreme, by Agatha Harkness, as someone whose power Wanda has surpassed as the Scarlet Witch.

Unfortunately, everybody’s favorite name jumbling British actor was a no-show in WandaVision, so we’ll have to wait til Multiverse of Madness to see them share the screen. 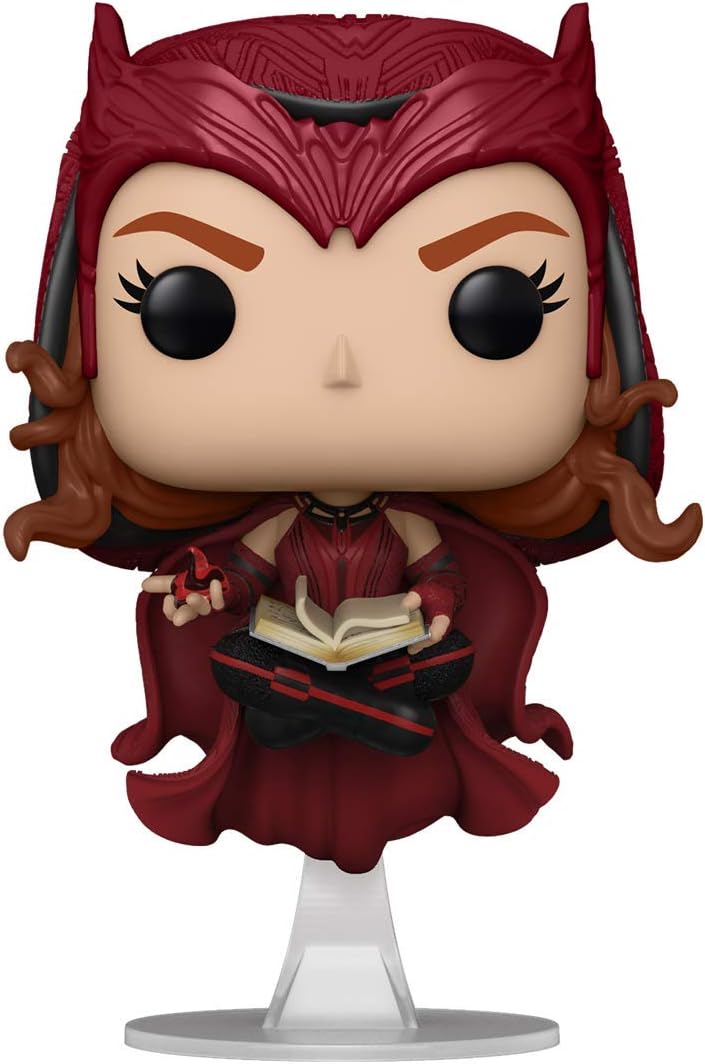 One of the more far out cameo theories was Reed Richards, the leader of the Fantastic Four. One of the smartest characters in the comics who had his hands in every piece of reality bending science imaginable, he had a lot of potential to be involved in a multiverse storyline.

Unfortunately, we did not see him, and I’m not sure we will for some time, although we will see Marvel’s First Family in the MCU, as confirmed by Kevin Feige at Disney’s Investor Day in December 2020.

The moment Evan Peters appeared onscreen, a complicated web of storylines started to converge in my mind. This was one of many steps Disney would take to bridge the gap between the MCU and the X-Men movies. By casting Evan Peters’ X-Men Quicksilver as Aaron Taylor-Johnson’s MCU Quicksilver, it would open the possibility of a crossover and future integration of the two separate universes, possibly fueled by Wanda’s reality-warping powers.

It made a lot of sense.

It was also complete garbage, apparently.

Fietro turned out to be a creation of Agatha Harkness, and was later identified as Ralph Bohner, and with that, the complex house of cards that had assembled itself in my head between episodes five and six of WandaVision collapsed.

Although Tom Holland is well known for spoiling names of things, that isn’t the case with every actor in the MCU. Paul Bettany played into this in an interview, stating that there was a cameo coming later in the season, where he was able to work alongside an actor that he had been excited to work with. The cameo? Paul Bettany, as White Vision.

He’s a professional actor. He was acting, and he trolled every single one of us.

One of the most used powerful macguffins in Marvel film and TV is the Darkhold. Every time I see it, it has the potential to expand the show I am currently watching with other shows – fans of Agents of S.H.I.E.L.D. and Runaways will know what I’m talking about.

Every time I see it, it fails to make the obvious connection. It looks like Marvel’s other adventures on television will never be a part of the MCU canon.

However, this may be the first Darkhold to be referenced in more than one movie or show—and part of the MCU canon—as fans are guessing that it is one of the missing books from Kamar-Taj, the temple where Stephen Strange learned magic.

In the end, WandaVision was a mostly self-contained story, serving its purpose to slightly bridge the gap between Phase 3 and 4 of the MCU. It introduced magic in a more formal way with witches, covens, and the Darkhold, and we now officially have the Scarlet Witch, and a hint as to her intentions in the next movie.

All episodes of WandaVision are streaming on Disney+, as of Friday, March 5, 2021. I would encourage you not to read into the mid- and post-credits scenes. Given how little the show delved into the greater world, those scenes might be misdirects as well. Unless…